When the investment is implemented, measuring ammonia concentration directly in the activated sludge (before secondary sedimentation tanks) will allow operators of the plant to control oxygen supply to the aeration tanks without delay in the control process. This should improve wastewater quality regarding the nitrogen concentration.

The absence of air flow measurement in the aeration system before the investment did not allow efficient monitoring of aeration membranes. The aeration system of the Kaunas WWTP is of the constant pressure type: whenever aeration diffusor membranes are clogged, the system compensates pressure by reducing the load on blowers.

When the new air flow meters have been installed, operators noticed the reduction of diffusers capacity in several aeration sections almost by ~50% in relation to their manufacturers data. Decision was made to introduce concentrated formic acid to the aeration pipes. Formic acid effectively dissolved scalings from the aeration membranes and their capacity returned to normal tolerance limits.

From now on, it is possible to monitor diffuser membrane health, and make a decision if acid dosing is necessary. Air flow meters data will be applied for optimizing the work of blowers.

Methanol dosing point repalacement in the aeration tanks, directly to the denitrification zone

Before the launch of this pilot, methanol was dosed in the beginning of the biological treatment stage – before Bio-P reactors. Therefore, the additional carbon source provided by methanol was not sufficient in a later denitrification stage, as it was partially used by microorganisms other than denitrifying bacteria.

With the IWAMA investment, nitrate concentration sensors in aeration tanks will be used to regulate the methanol dosing process via the new methanol lines. With this system in place, when the denitrification process is sufficient, which is seen by the low concentration of nitrate, the program will reduce the methanol dose, and vice versa. New system will allow operators dose methanol directly in the anoxic zone, which should improve the denitrification process.

All sensor data (nitrogen sensors, air flow meters) will be combined in one system controlling aeration and blowers work, as well as methanol dosing. 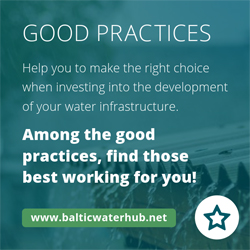 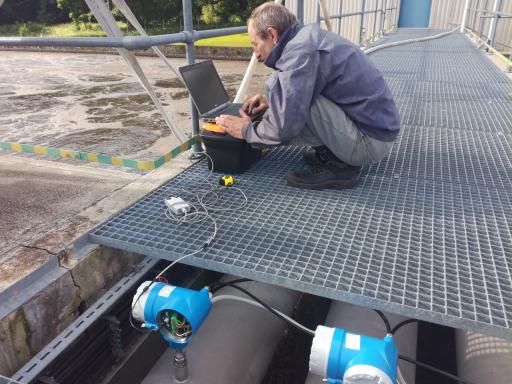