Several pilot investments are planned in the framework of the IWAMA project focusing on improving smart energy and sludge management in the Baltic Sea Region. Some of these pilots aim to prove that the energy efficient nutrient reduction is applicable in various sizes and advancement levels of wastewater treatment plants. Today we introduce you the pilot investment that has been developed in Kaunas, Lithuania.

Kaunas pilot investment launched in the IWAMA project consists of the following measures:

Why did the plant choose to install these devices?

Currently, the oxygen concentration setpoint is controlled according to the ammonia concentration, which is measured in the outlet (after secondary sedimentation tanks). However, secondary sedimentation tanks on the Kaunas plant are quite large, which creates about 5-6 hours time lag in the control process. For example, if an analyser measures a rise in the ammonia concentration, the controll algorithm will increase the oxygen supply to the aeration tanks only 5-6 hours later.

Therefore, a change in the system is needed. When measuring the ammonia concentration directly in the activated sludge (before secondary sedimentation tanks) will be possible, the operators of the plant will be able to control oxygen supply to the aeration tanks almost instantly. Such change should improve the quality of wastewater in terms of the nitrogen concentration. 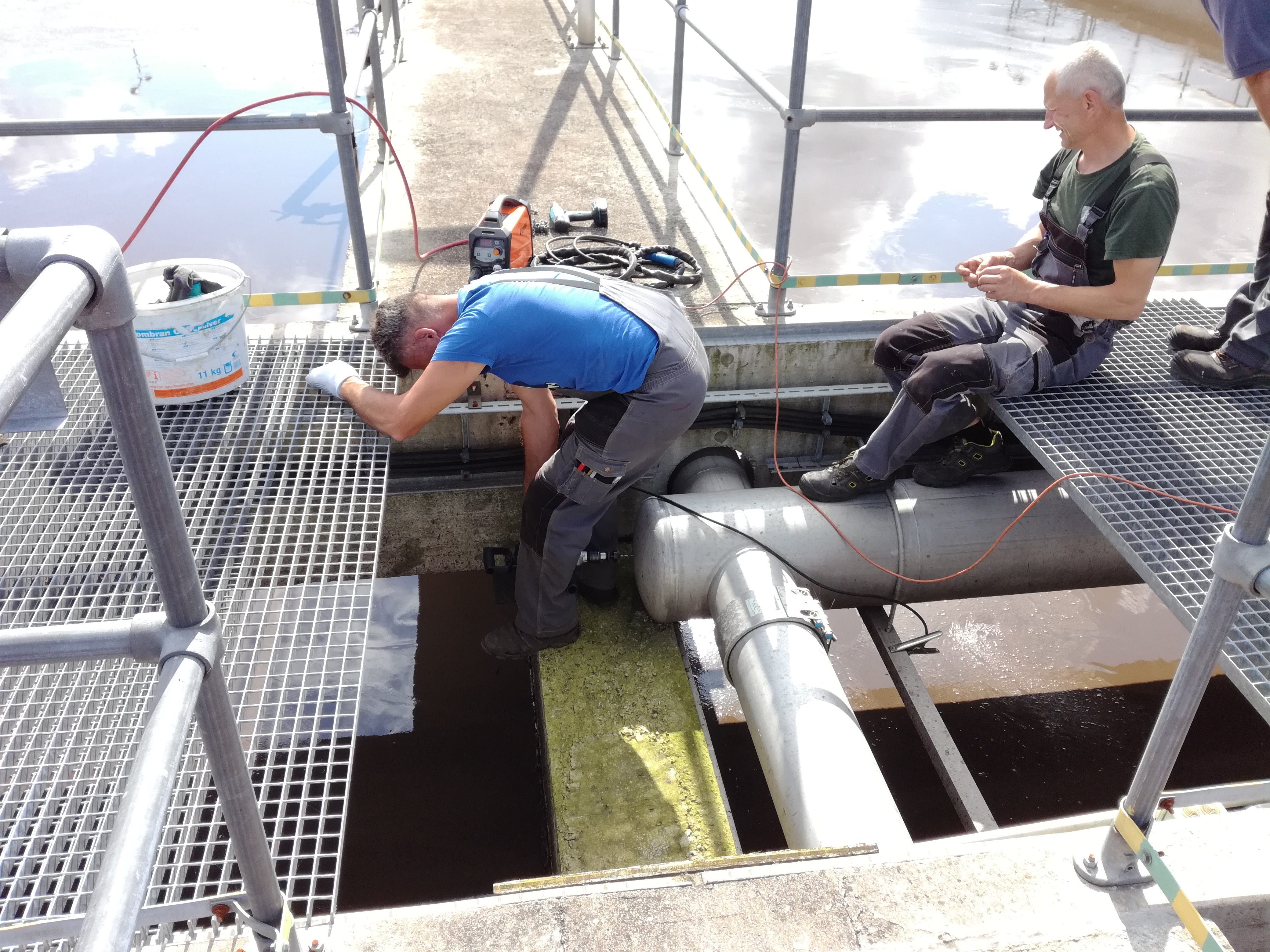 Before launching this pilot, methanol was dosed in the beginning of the biological treatment stage – before Bio-P reactors. Therefore, the additional carbon source provided by methanol was not sufficient in a later denitrification stage, since it was partially used by microorganisms other than denitrifying bacteria. Now, with this IWAMA investment, operators can dose methanol directly in the anoxic zone, which should improve the denitrification process.

The absence of air flow measurement in the aeration system before the investment did not allow efficient monitoring of aeration membranes. The aeration system of the Kaunas WWTP is of the constant pressure type: whenever aeration diffusor membranes are clogged, the system compensates pressure by reducing the load on blowers. This leads to the reduction of air that goes to aeration tanks, which, in its turn, negatively affects the nitrification capability. The situation will change with the implemented investment, and the air flow meters data will be used for optimization of the work of blowers. 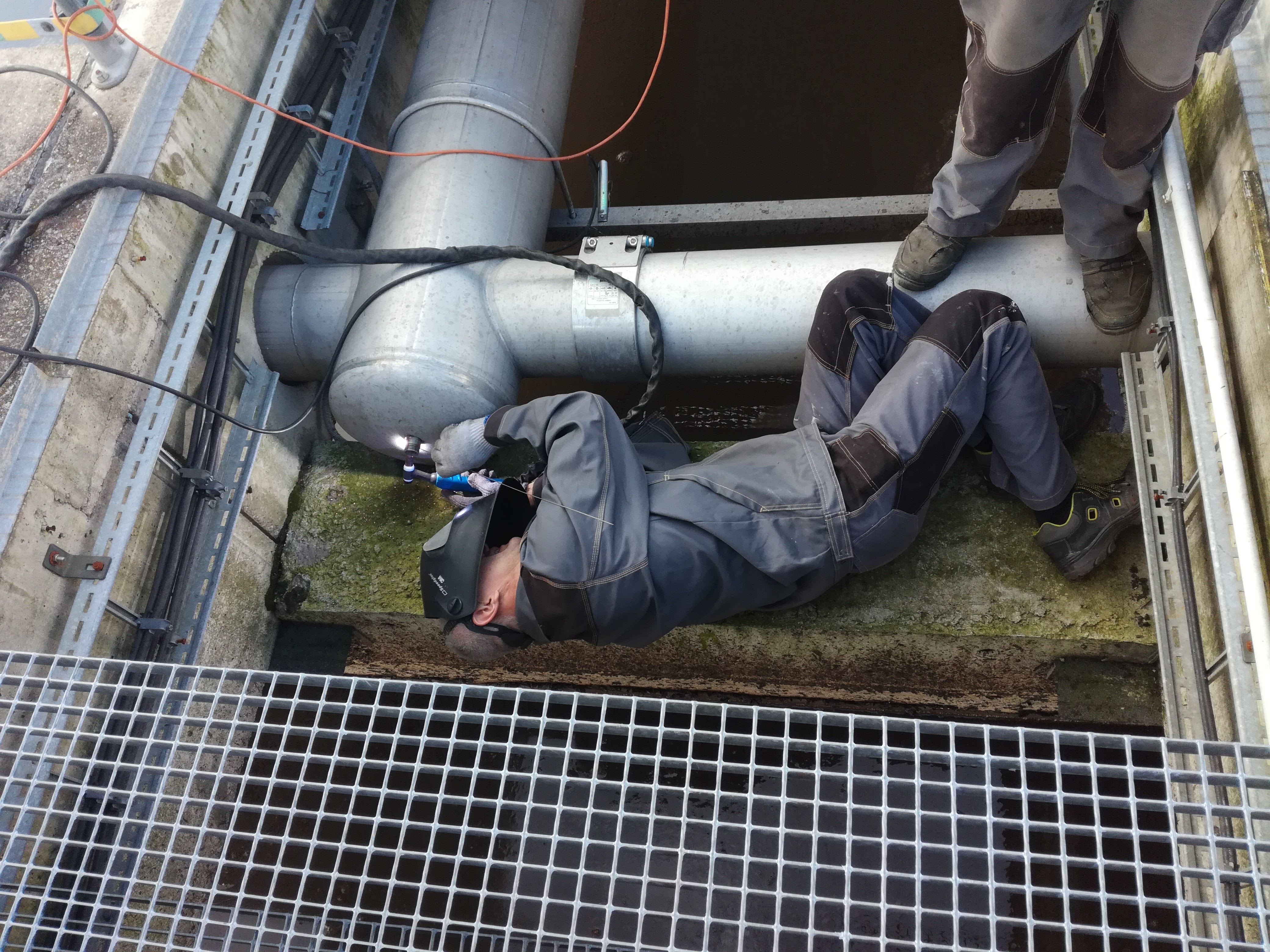 During the following year, the plant will purchase an additional ammonia analyser and start working on the process automatisation. In the end, all the sensor data (nitrogen sensors, air flow meters) will be combined in one system controlling aeration and blowers work, as well as methanol dosing. 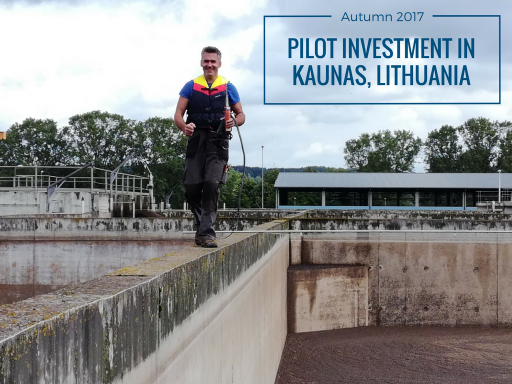